When the fire is on – what is almost always created?
When it burns almost always is created carbon dioxide and water. At the same time heat radiation is emitted, released (energy).

Describe the cellular respiration reaction
The cellular respiration reaction takes place continuously in our body. We eat e.g. spaghetti containing glucose molecules as small spirals called starch. The starch is cut into free glucose molecules by our digestion. These glucose molecules are absorbed by our small intestinal wall and are transported through our blood stream to our cells. Here the glucose is used as energy. At a temperature of only 37 °C the glucose converts into energy by our cells. In order for the reaction to happen it requires certain enzymes in the cells. These enzymes make the reaction occur already at a temperature as low as 37 oC. The energy is released as heat and high energy molecules (ATP molecules). Below is the reaction that occurs in the cells. Note that the waste products are carbon dioxide, water and energy. 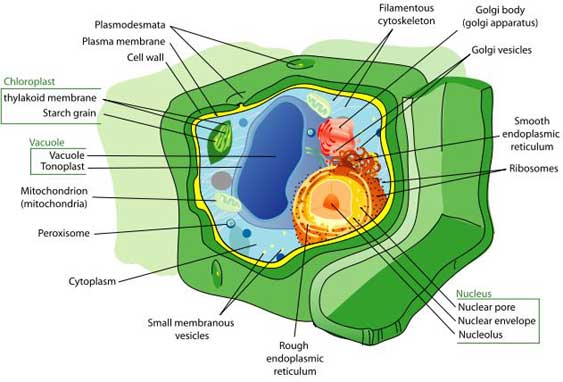 Trees / plants / shrubs that grow can put together glucose molecules into starch or cellulose.

A plant can use glucose to form starch (potato, wheat, root crops). A giant starch molecule has about 300-400 glucose molecules joined together in a row as a spiral. 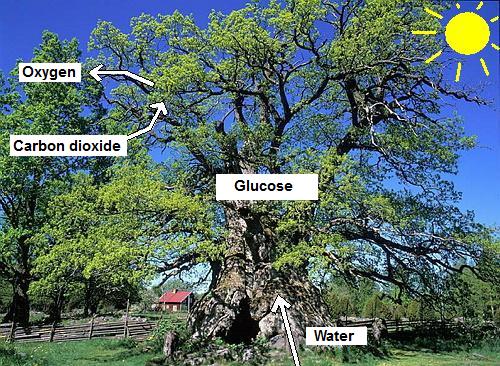 What three ways are there to extinguish a fire?

If only one of the three things is taken away from the fire triangle the fire goes out.

1. Take away the fuel (combustible substance)
2. Take away the heat by cooling the fuel with e.g. water.
3. Oxygen can be removed by excluding oxygen (veiling it). If for example oil is burning in a pan on the stove, you can put on the lid. The oxygen under the cover is consumed in the combustion reaction and then the fire goes out. Other situations may require so-called fire blanket laid over the fire veiling off oxygen until the fire "suffocates".

Question: How can we remove the above parts from the fire triangle to stop the cellular respiration reaction to occur in our cells?

This is the temperature reached when a substance releases flammable gases. Gasoline emits flammable gases already at -28 oC. So even when it is winter and -28 °C a lit cigarette ignites gasoline gas that has accidentally been released from a gas station.